Nikon is a company that has incrementally increased the sophistication of its cameras to ensure that its models not only incorporate the latest advancements that have happened in the world of DSLR cameras but also at the same time, give users greater flexibility and creativity to make the most of their investment.

As photography enthusiasts, we have seen a progressive increase in features with every new release. This is why we want to compare two popular products in this line, namely, D3200 and D3300.

We will compare them against each in terms of their features and will present the advantages and disadvantages that come with each product, so you can make an informed buying decision.

Nikon D3200 and D3300 are more than just entry-level DSLR cameras as they come with some handy features. But it is quite some time since both the products were released, which means, they will not have some of the advanced features that are present in the later models of Nikon in the same series.

The release date for D3200 is July 2012 whereas D3300 was released in April 2014. Also, out of the two, D3300 has slightly more advanced features because it was released almost two years after that of D3200. It is important to keep these aspects in mind while making your choice.

Now, let us compare the two cameras side-by-side based on a host of aspects.

There is about a 75 grams difference in the weight of two models, though the other dimensions are not significantly different. This is however just the body weight, When you add lenses to the camera, it will get heavier.

One major aspect where the two camera models will differ is in the feature set. Since D3300 was released after about 18 months, it will have the advancements made in the world of photography during this period.

Let us look at the common strengths and weaknesses present in both the models, before moving on to which model is better in which aspect.

These features are some of the salient aspects available in both the camera models.

These are some of the handy features that are present in both the models.

Now, let us move on to the weaknesses of both the models. These lack of features makes these models more entry level when compared to some of the other models that have emerged after them.

The weaknesses common to both the models are as follows:

Now that we have seen the strengths and weaknesses of both the models, let us see which model scores over the other.

Nikon D3300 scores over D3200 in the following aspects. Remember, D3300 was released more than 18 months after D3200, and this impacts the feature set that it offers.

From the above discussion, you may think that D3300 is the better choice because it has more extra features when compared to D3200.

Though you might think the later version will be superior in all aspects, it doesn’t necessarily have to be true,. Nikon D3200 is better than D3300 in three areas.

From the above discussion, which of the two cameras do you think is better? Well, D3300 seems to be the obvious winner, but D3200 is a close second.

Remember, the older model comes with a few features that are not available in the later models and this is a surprise. It is not known why Nikon exactly decided not to support these features in subsequent models, but then they are definitely useful to have.

So, if a large dynamic range, flash sync port, and support for UHS memory cards are important features for you, go for D3200 by all means. It is a great model considering that it is about 18 months older than D3300. 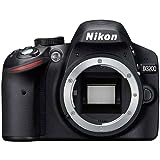 Cost is probably the most important aspect of buying because it can guide your decisions in many ways. While buying DSLR cameras, it is always a good idea to start with a budget and stick to your budget without compromising too much on the features.

In other words, you have to look for the best value for your money while shopping for DSLR cameras. Though this rule applies to all products in general, it is super specific for DSLR camera because of the plentiful choices available for you today.

When it comes to cost, D3300 costs a little more while the D3200 is cheaper. You can even get these at much lower prices on sites like Amazon because you’ll find great deals on them, and there are always some discount campaign or the other going on in Amazon.

So, comparing the two, there is a small difference in the price of both the models. Does the higher price of D3300 justify the features is offers?

First off, this is not a significant amount but still for comparison sake, this difference definitely justifies the features offered by D3300. Nikon D3200 is also a great value for your money considering the rich set of features it offers.

Both these cameras are entry-level DSLR cameras that are great for those who are trying out their hand in photography. It is a good investment to learn the ropes and to get a feel for photography before jumping into it full time. Considering this aspect, both the cameras are well-priced, so you can go ahead and try any of them.

But remember, these cameras are quite old in digital photography parlance. So, if you are looking for more features or want a camera that incorporates the latest advancements made in this technology, you are better off going for the newer models.

Though they may cost a little bit more than D3300 and D3200, they are also likely to be a good deal for the money.

We would recommend you do a good deal of research before going ahead to buy any other camera model. Typically reviews and comparisons will help to identify which model will best suit your preferences.

Advantages and Disadvantages of D3300

Though being a more advanced camera, D3300 is not really perfect. The pros and cons of D3200 are as follows:

Now is the time for the final verdict. Which of the two models is better and which one should you buy?

As far as the key specifications are concerned, Both the models are fairly the same. But if you go in depth into the features, you will realize that some features are present in D3200 while others in D3300. So, the final choice depends on which is more suited for your needs and style of photography.

Nikon D3200 and D3300 are two popular cameras with exceptional features, quality designs and stellar capabilities which are reasonably priced. If you’re looking for a quality camera, you must choose between these two.

In terms of cost, there is a small difference, but D3300 justify this in terms of its superior features. On the other hand, if you go for D3200 too, it will still be a good choice.

So, which of the two is the winner? It’s a close call but we’ll stick with the D3300 model.